Rep. Steve Cohen (D-Tenn.) brought a bucket of Kentucky Fried Chicken and a ceramic chicken figurine to the hearing, which featured an empty witness chair and a name card with Barr’s name. Barr said after Wednesday’s contentious Senate hearing that he wouldn’t attend the House session. 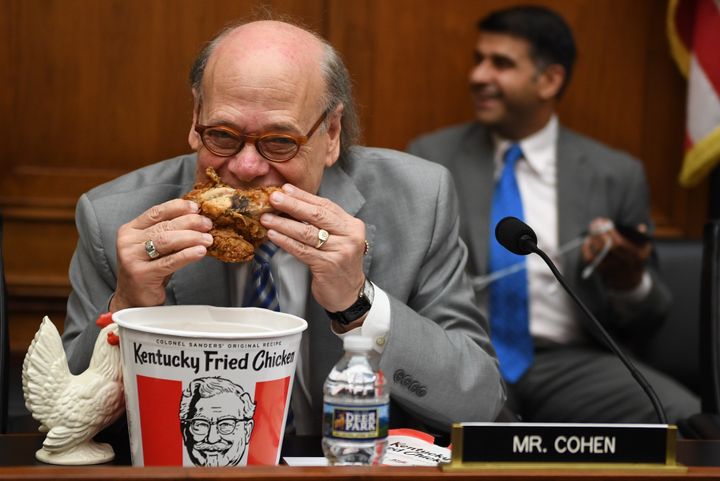 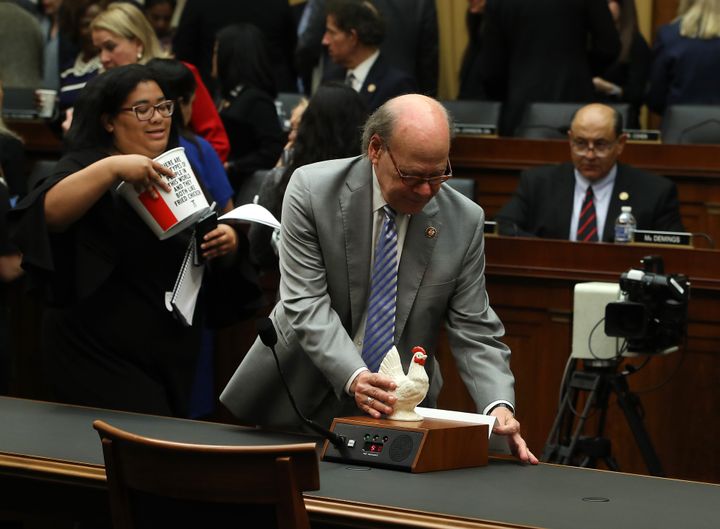 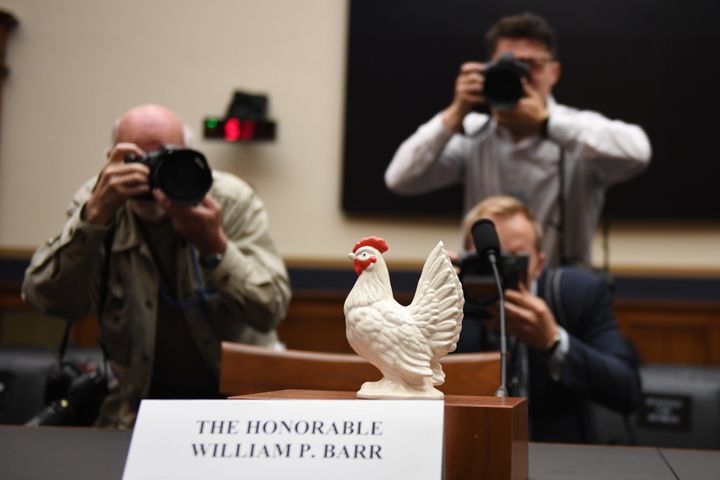 “Chicken Barr should’ve shown up today and answered questions,” Cohen said, holding up the chicken at a press conference, where other House Democrats bashed Barr for not showing up.

Revealed: Even More Insurrectionists Have…

Sinkhole Grows To Size Of…

Traitors Need To Be Executed:…