Sen. Amy Klobuchar (D-Minn.) offered an odd defense for how hard she is on her staff, telling CNN on Thursday that she needs to be because “when you’re out there on the world stage and dealing with people like [Russian President] Vladimir Putin, yeah, you want someone who’s tough.”

In an interview with CNN’s Poppy Harlow, Klobuchar said she “can always do better” with her employees but insisted that her toughness is necessary.

She added that she thinks it’s important to “demand good product” and that “you want someone that demands the answers and that’s going to get things done, and that’s what I’ve done my whole life.” 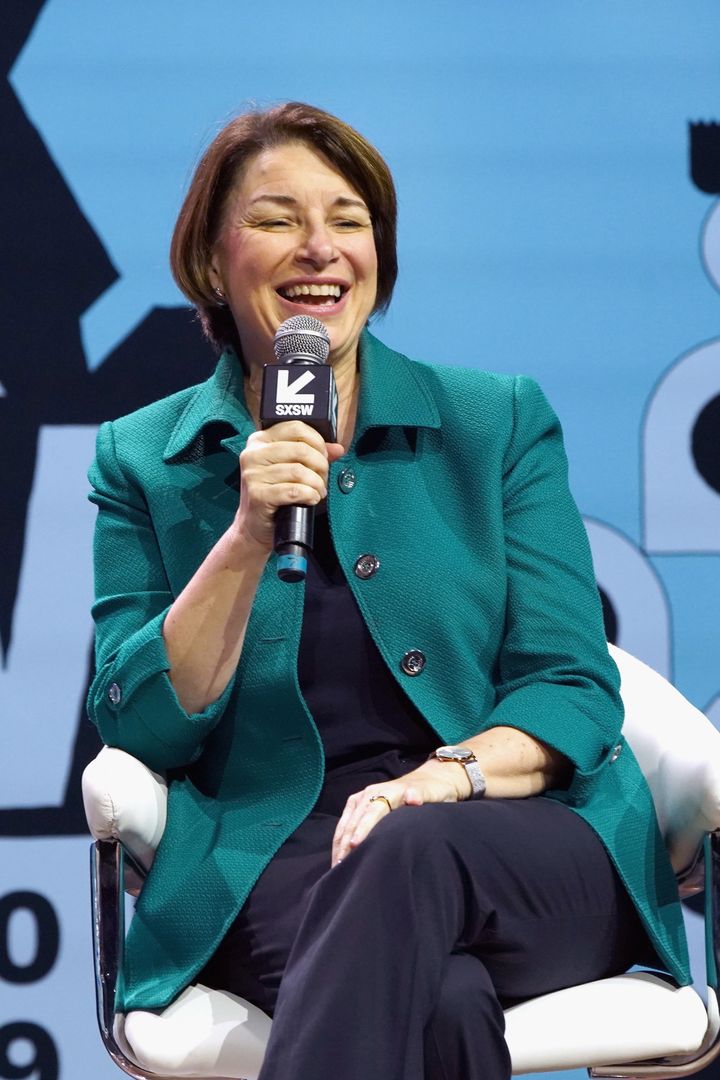 Sen. Amy Klobuchar told CNN’s Poppy Harlow on March 14, “When you’re out there on the world stage and dealing with people like [Russian President] Vladimir Putin, yeah, you want someone who’s tough.”

Klobuchar, who announced this year that she’s running for president, has been embroiled in controversy for her alleged mistreatment of staffers. While she is loved in her home state, some of her staffers told HuffPost last month, on condition of anonymity, that she is frequently demeaning and cruel and that working for her is demoralizing.

In February, The New York Times reported that she “was known to throw office objects in frustration, including binders and phones, in the direction of aides.”

Additionally, she has garnered a reputation for trying to stop employees from leaving her for other jobs. Last month, reports emerged revealing that she had a tendency to call prospective employers of her staffers in an attempt to shut down new job opportunities. In a Yahoo News report, three former Klobuchar staffers and a Capitol Hill veteran said she called their future employers in an effort to have them rescind job offers.

Responses to her comments this week have been widespread on social media, with many making quips about Klobuchar’s Putin argument.

Klobuchar, to room of campaign staff: How can we flip the script on me being a tyrannical and abusive boss?

Staffer: being mean…is…..good actually? Because Putin

I wonder how much the genius consultants got paid who came up with the idea of having Klobuchar try to convert the abusive and bullying treatment of her staff into an asset by invoking the Putin monster?

But of course. Klobuchar had to hurl insults & office supplies at her staff, and make them wash her dishes, because Putin: https://t.co/dpEAnTTxF2

Klobuchar leaning into abusing her staff because it’s her sole distinguishing characteristic. Outstanding

Good luck to the Klobuchar staffer who suggested the Putin line.

I was super in on Klobuchar at the start and the first two months of her campaign have convinced me that there are better options. This is Trumpian nonsense. https://t.co/aN6TjkFg5x